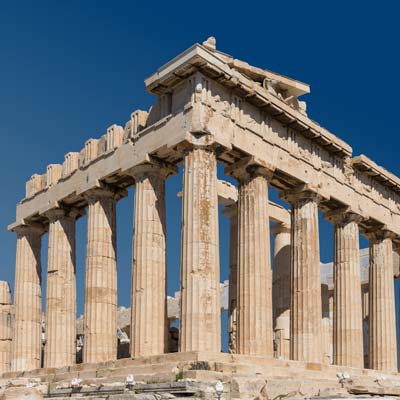 Since the meteoric rise and election of Donald Trump in the U.S., I’ve been thinking more about how and why democracy has gone off the rails. Here is a president who thumbs his nose at the institutions of government and the press, is self-absorbed and sets policy on the fly via Twitter. Most alarming of all, his base of poor, less educated citizens truly believe that a hedonistic, multi-bankrupt, multi-millionaire has their interests at heart.

While Trump is the prime example of an elected leader grossly acting against their constituents’ welfare, the Brexit vote in the latest U.K. referendum and our own Government’s shenanigans over climate change policy signify an alarming trend. These decisions seem to indicate structural problems with the way our democratic systems of government are implemented. How did we get this way?

To begin with, I thought about the fundamental requirements for a healthy democracy, in which each citizen’s interests were counted and in which elected officials acted faithfully in accord with those interests. Next, I considered what is needed to fulfil those requirements in a modern democratic state. Here is my list of requirements and solutions.

One vote, one value – Electoral boundaries should be drawn to hold equal numbers of voters and without artificial contrivance to benefit one political party over others. The gerrymandering of electoral boundaries is a significant distorting factor here in Australia, but has reached unrivalled levels of creativity in the U.S.

Informed citizenship – For citizens to vote in their own interests and in the interests of the state, they must know where their long-term welfare lies. Many citizens are not sufficiently aware of basic economics, history and politics and not able to think critically to make informed choices for their own benefit and the benefit of their fellow citizens. Essential schooling in these disciplines will help to shield voters from the effects of sloganeering and other emotive ploys used by political campaigners.

Active engagement – For citizens’ interests to be faithfully represented in parliaments, citizens need to be actively engaged in the political process. Teaching citizenship in schools is the first step. This learning should not

only include the mechanics of the political system, but explain why it is important for citizens to get engaged; the benefits that they accrue through the building of public infrastructure and systems. Making voting compulsory can help here, in inculcating the message that voting is an important civic duty and in avoiding the extremely high costs expended in just enticing citizens to cast a vote.

Free press – Having a press unbridled by governments helps with achieving an informed and engaged citizenry.  It enables open public debate on all issues that impact citizens’ welfare.  With the low cost of entry, social media outlets such as Google and Facebook allow novice players into the news game.  This has introduced its own distortions of the democratic process.  Firstly, by enabling wealthy local and foreign sectional interests to buy posts that mimic genuine news (fake news).  Secondly, by enclosing younger citizens who disdain traditional news print in online echo-chambers, in which they are exclusively exposed to people with the same biases as their own.

Fair access – Each citizen should be able to engage in the public discourse on matters of common interest and have access to their political representatives.  The level of access granted ought not be distorted by irrelevant factors, such as the citizen’s wealth, gender, political or religious affiliation, etc.  Consolidation of press ownership to a small number of wealthy families distorts this fair access to a large degree, along with exclusive dinners for the wealthy and well-connected.  Another major distorting factor is the huge campaign donations given to political parties by wealthy sectional interests, such as the mining industry and large trade unions.  Funding political parties and their campaigns from state funds mitigates these distorting effects.

What do you think of these five principles under-lying democratic institutions and my suggestions for strengthening their implementation?  Have I left any out?  What other solutions can you think of?

With a mind to undercutting the wealthy and powerful sectional interests that distort our democratic processes, Fiona Patten has formed a new political party, the Reason Party. I’ve now joined the Reason Party and am keen to see them make an impact.

Share/Like this page:
Flying the flag of ‘Secular Humanism’ Morality is independent of religion

One Response to What’s wrong with democracy?