Flying the flag of ‘Secular Humanism’ 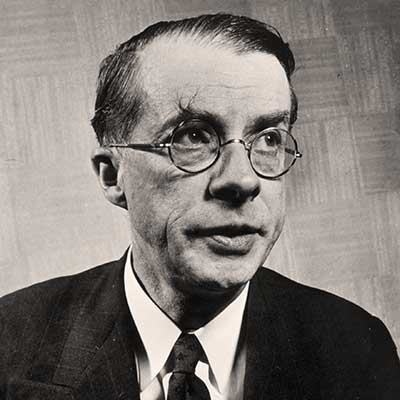 Back in 2015, the Society was invited to contribute to a new school curriculum about world-views and religions. The Victorian Curriculum and Assessment Authority regarded HSV as a stakeholder in modern world-views, in the category of ‘secular humanism and rationalism’. The result was the introductory document, ‘Learning about world views and religions’, and subsequently we have been consulted on the history curriculum. The term ‘secular humanism’ sounded redundant in our ears but was explained as a distinction from religious humanism.

It is admitted that the modern Humanist movement grew out of the Humanist Manifesto, coordinated by Unitarian clerics in America to define Religious Humanism in 1933. Humanists John Dewey and Julian Huxley agreed that ‘religion’ could be stretched to cover mundane matters of conscience. By 1980, the Council for Democratic and Secular Humanism was formed and so named to get completely clear of the shadow of religion. In 1988, the International Humanist and Ethical Union (IHEU) contended that Humanism was primarily a life stance <http://iheu.org/humanism/humanism-is-eight-letters-no-more/>: the similarity between the beliefs and values of ‘secular’ and ‘religious’ Humanists was more fundamental and more important than their difference and, viewed from outside, it did not help to have these specific names. This was a defence of the inclusion in IHEU of Ethical Culture Societies, which welcomed religious members.  However, in 1991 IHEU adopted its Minimum Statement of Humanism, which says, ‘Humanism is not theistic, and it does not accept supernatural views of reality.’

Teasing out some ideas

The most thorough and informative dictionary known to me is Webster’s Third New International Dictionary (Merriam-Webster, 1966), and it lists sixteen definitions of ‘secular’. No. 1a recalls the Minimum Statement, above, and is used now by Council for Secular Humanism to reject theistic and supernatural tendencies:

of or relating to the worldly or temporal as distinguished from the spiritual or eternal: not sacred: mundane.

No. 1e expresses a guideline we use in choosing an Australian of the Year:

not formally related to or controlled by a religious body.

of, relating to, or advocating secularism: secularist;

where ‘secularism’ is further defined as

a view of life or of any particular matter based on the premise that religion and religious considerations should be ignored or purposely excluded; specif: a system of social ethics based upon a doctrine that ethical standards and conduct should be determined exclusively with reference to the present life and social well-being without reference to religion.

The first part of this definition is often understood as ‘a belief in no religious belief’ (Human Rights Commission, Freedom of religion and belief in 21st century Australia, 2011, page 9). The specific portion of the definition is of a materialistic philosophy for everyday life, as originally expounded by George Jacob Holyoake (English Secularism, 1896):

Secularism is a code of duty pertaining to this life, founded on considerations purely human, and intended mainly for those who find theology indefinite or inadequate, unreliable or unbelievable.

For secular government one should look further afield.  The model of separation of church and state was espoused in Britain by the National Secular Society (NSS), from its founding in 1866.  The principle is regarded by Max Wallace as a touchstone, which is enshrined in the US and French constitutions (AH No. 77, 2005). It comprises Article 2 of the Manifesto for a secular Australia, (2013), which is endorsed by the Rationalist Society of Australia.  In the NSS sense, a secular government is not hostile towards religion but neutral, thus (Wallace, <URL=http://www.onlineopinion.com.au>, 10 Nov 2008):

Secularism is a form of government where a nation opts for an identity that is neither religious nor anti-religious, but simply neutral. Neutrality means government disassociation from religion or non-belief.

Humanists recognize that such secular governance protects against systematic religious persecution and promotes the well-being of an ethnically diverse society.  The idea of separating religion and state coupled with the idea of human rights in IHEU to form their secularist ideal, so that ‘Secularism is in fact an expression of humanism’, 2003).

What’s in a name?

So there are several flavours of Humanism. The Council for Secular Humanism is keen to be distinguished from others, particularly religious humanism and congregational humanism (Tom Flynn, ‘Wanted: better understanding of Humanism’, Center for Inquiry, 1 Jun 2015). The latter is to be found in the ‘godless congregations’ of Harvard Humanist Hub and Sunday Assembly. Don Cupitt, who demythologized Christianity and made it into spirituality (The Sea of Faith, 1984), started a fashion for people calling themselves ‘spiritual but not religious’, which intersects with Humanism if one rejects a transcendental consciousness.  Where traditional Confucian humanism might stand is not obvious to me.

Maybe we are in the situation of Roman Catholics who don’t feel that ‘Roman’ adds anything new to their Catholicism, while the protestant qualifier is in wide use by others. Our Humanism is indeed secular in the three senses mentioned, but the title ‘secular humanism’ suggests that other kinds are neglected. As we rely on the capabilities of humanity we must be as inclusive as we can. We should therefore acknowledge that Humanism has work for people with a range of priorities, not just those who devote themselves entirely to attacking theism.