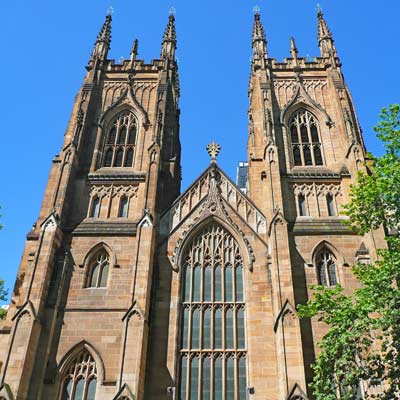 On 25 October 2018, the Anglican Church Diocese of Sydney sent an open letter to all members of the Parliament of Australia pleading to keep its legal privilege in sacking gay teachers and expelling gay students. After more than 2,000 students and ex-students of private Anglican schools and five non-signatory Principals objected to this immoral discrimination, two signatories to the original letter have now distanced themselves from it [‘Leaders of two Anglican schools back away from letter on sacking gay teachers’, The Guardian, 7 Nov 2018]. Will we see more dissension in the ranks?

Megan Krimmer, headmistress of Abbotsleigh Anglican school, pleaded forgiveness: “Reflecting deeply on the feedback and issues raised, the incongruity between saying Abbotsleigh does not discriminate, and supporting highly discriminatory legislation, albeit temporarily, has become clear.”

Surely it does not take a degree in moral philosophy to see what was abundantly clear to everyone else all along – unless, of course, you really did want to discriminate against gay teachers and students.

Peter Berkley, Chair of Barker College’s school council, apologised that the controversy “has hurt our young people”. “Some of our students thought we might actually want to expel them for being gay. We did not foresee this and are sorry …” Really? After all the warnings before and during the plebiscite on gay marriage that the debate would negatively impact the mental health of LGBTI people?

The original letter from the Anglican Church Diocese of Sydney is unequivocal. It stated: “The current exemptions, however clumsy, in the Sex Discrimination Act 1984 are really the only significant legal protections available to schools to maintain their ethos and values with regard to core issues of faith.” The letter pleads specifically that “the exemptions should remain” [Open Letter to All Members of Parliament of Australia, Anglican Church Diocese of Sydney].

The original letter draws a direct line between the keeping of the legal exemption to discriminate and the maintenance of their schools’ ‘ethos and values’. In its latest backflip, the Anglican Diocese is now pleading that it would never, in theory or in practice, sack a gay teacher or expel a gay student. Berkley explains: “We do not discriminate against students or staff based on sexual orientation.”

Well, what is the purpose, then, of keeping this legal exemption on the books? How does this exemption help to maintain ‘ethos and values’ when the Diocese publicly admits that, even in principle, the exemptions will never be used?

This conservative Church has been caught out with its doublespeak and special pleading to keep its homophobic privilege. It’s a cute attempt to bend the wills of our Members of Parliament with duplicitous talk of ‘religious freedom’ while wanting to rob LGBTI folk of their inherent dignity and deny them their basic freedoms is now on open show for all to see.

One Response to Anglican Church caught out on religious exemptions