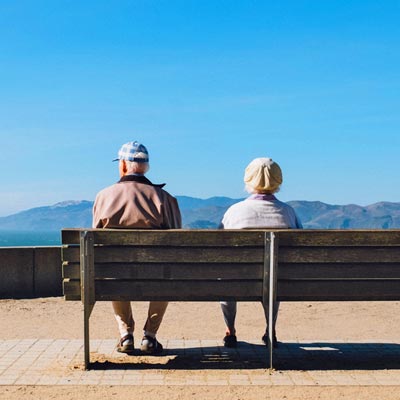 Dying with Dignity Victoria has been very active in the field of end-of-life choices for several decades, and their strenuous advocacy has helped achieve major reforms. In 1988, the organization played a crucial role in the Medical Treatment Act, which introduced the legal principle that an individual could refuse medical treatment, if that was their wish. Recently, two new laws have further improved choices about medical care and end-of-life treatment. Firstly, the Medical Treatment Planning and Decisions Act 2016 became fully effective with respect to Advanced Care Directives in March 2018, and the Voluntary Assisted Dying Act 2017 will come into effect on 19 June this year.

An Advanced Care Directive (ACD) can only be completed by a person who is of sound mind. It aims to indicate your wishes if you, at a later stage, have lost the capacity to decide about your own care. There are two parts, an instructional directive and a values directive. It also nominates a medical decision-maker to act on your wishes as you have outlined. If the individual does not have someone who can undertake that trusted role, VCAT can appoint a guardian instead. The instructions cover the treatment that is acceptable under certain circumstances, for example, a stroke, while the values directive indicates the underpinning perspective of the individual. It also encompasses the question of maximum pain relief, if this were to be needed, even if a side-effect of this decision would be to shorten life. It is critical that the issues are discussed with family members and significant friends, as well as the treating doctor, so that conflict and distress can be avoided if the ACD needs to be implemented.

The protocol for voluntary refusal of food and fluid (VRFF) also has legal status and may be included in an ACD. This end-of-life step would result in dehydration, leading to death. However, the new Voluntary Assisted Dying Act 2017 will provide a gentler alternative.

If someone has dementia, they do not meet the criterion of being of sound mind and cannot complete an ACD once the diagnosis has been confirmed. This highlights the importance of planning ahead so that personal wishes are clearly stated. It is also a good idea to make repeated declarations, say every twelve months, so that the person’s intentions are reinforced and the issue of being of sound mind is able to be reviewed and clarified. An enduring power of attorney provision should also be completed. This may address personal issues, such as where you wish to live, or financial matters, or both.

The ACD once completed replaces any pre-existing refusal of treatment documents and medical power of attorney forms, although they are still valid until superseded by an ACD. An Advanced Care Plan completed prior to 2018 would still be valid, but would be considered to be an indication of values, rather than instructional.

After the ACD has been signed by all parties, including witnesses, it is a very good idea for it to be uploaded to the individual’s My Health Record, so that it is accessible during any future medical treatment. As well, it is advisable to have multiple copies for distri­bution amongst family and care-givers. Copies of the documents can be viewed and down-loaded from the Dying With Dignity Victoria website.

This new law allows a person with a terminal illness and intolerable suffering to make a request to a doctor for assistance to end their life, using medication that they must administer themselves. The person who makes the request must be deemed to be capable of decision-making, and the request must be enduring and not made under duress.

A terminal illness within the provision of the Act is one that is advanced, incurable and progressive, and expected to lead to death within weeks or at most the next six months. In the case of a severe neuro-degenerative disease, such as Parkinson’s disease, multiple sclerosis or motor neurone disease, the condition must be likely to cause death within twelve months.

Eligibility for VAD requires two medical practitioners, acting independently, to certify that the person is suffering from a terminal illness and has intolerable suffering, as outlined above. Each of the doctors must be a Fellow of a Medical College and one must be a specialist in the field of the person’s illness. In addition, both must have completed a training course about the new Act.

The person must take the first step and initiate the request for voluntary assisted dying (VAD). A doctor may not raise the subject with the patient or even suggest it as one of the treatment options for end-of-life care. The doctor may, however, respond to requests for information about the options for terminal care and these could include alternative treatments that have not already been tried; palliative care, refusal of medical treatment, voluntary refusal of food and fluids and VAD.

If the last course of action is decided upon, there is a careful and elaborate process to be complied with. First, the individual must make three requests; an initial verbal request, followed by a written request that is signed by two witnesses and, finally, another verbal request. The minimum time-frame for this process is ten days.

Once all requirements have been satisfied, the doctor contacts the Health Department for permission to prescribe the medication and it is delivered in a locked box to the person, to be taken orally, when they wish to do so.

Not many doctors have completed the requisite training at present, and many have objections to actively participating. This is, therefore, another reason to have discussed end-of-life options with your treating practitioner ahead of time. Having an ACD helps to make your values and instructions clear and also assists those involved in your care, both family and friends, as well as professional staff.

Dying with Dignity Victoria is keen to monitor how the new law is working in practice and would be grateful for feedback about any medical practitioners who are trained to work within the Act or, conversely, those who are not happy to do so.