Reason vs emotion: Key drivers in the history of moral progress 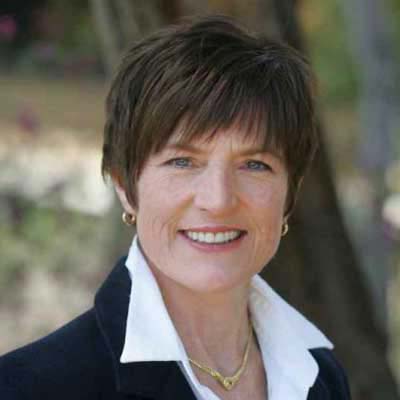 Meredith began with an anecdote to illustrate why many believers get so emotional about their beliefs. She recalled being out on a motorcycle ride with a friend, to whom she remarked, “You’d have to be stupid to believe in God!” He immediately became emotionally disturbed, hopped on his motorcycle and rode away. She remembered he was a committed Catholic and it was some years before he spoke to her again.

Rationalism: What is it?

She said reason had venerable origins and that there were two interpretations of rationalism. One usage was more philosophical/historical, while the other, more modern version, was political.

The first one can be summarised as: the nature of reality can be established by thinking, by reason alone. Rationalists were contrasted with empiricists who claimed there was a role for the senses.

The second interpretation can be summarised as: opposition to irrational beliefs, especially the supernatural, and arbitrary authority based on such beliefs. This interpretation focuses more on the political side and shows up in a commitment to secularism.

The difference between these two versions of rationalism can be seen in the recent change of aims by the Rationalist Society, from:

The attitude of mind which unreservedly accepts the supremacy of reason and aims at establishing a system of philosophy and ethics independent of all arbitrary assumptions or authority.

The principle that all significant beliefs and actions should be based on reason and evidence, that the natural world is the only world there is and that answers to the key questions of human existence are to be found only in the natural world.

This latter statement summarises the three pillars of rationalism:

Rationalists do not believe in reality just by thinking about it. The empiricists of the 17th and 18th centuries claimed it must be tested. Politically it was the idea of the irrationality and authority based on the church. Rationalism supported secularism – the separation of Church and State.

Plato realised reason versus emotion was like horses pulling in different directions. He postulated that emotion gets in the way of reason. Later, Rene Descartes, who emphasised thinking, was identified as a rationalist philosopher, whereas David Hume who said “reason is the slave of passions”, was not. It therefore seems we have to accept that emotion exists and it cannot be ignored. Currently, Peter Singer, who has a utilitarian approach, claimed the two have to be brought together, suggesting even empathy depends on reason.

In the present day we are surrounded by irrationality in pop culture such as in films, music, arts, violence on television, and advertising, all of which appeal to the emotions. Hume appears to have won over the rationalists. Why is this so?

Brain research has shown there is a conflict between the medulla, the seat of the emotions, and the pre-frontal cortex, the centre of thinking. Each influences the other, and if either area is damaged the individual’s personality is affected.

Meredith referred to the book, Thinking, Fast and Slow (2011), by Nobel laureate Daniel Kahneman, which cites research that supports the idea that when we are faced with a problem we try to find an existing response that will enable us to respond in a ‘good enough’ way. In behavioural economics we tend to maximise our self-interest. The brain tries to minimise the energy by taking shortcuts which can result in poor decisions and errors of judgement. The ‘fast’ thinking or ‘good enough’ responses are in contrast to ‘slow’ thinking which requires more mental effort. In other words, thinking thoroughly about problem is hard work, hence our general inclination to prefer to use a pre-existing response that has been used before.

Meredith ended her lecture by showing an excellent video by Steve Pinker and Rebecca Goldstein entitled The long reach of reason? (available from TED Talker on TED.com). They presented the arguments for and against reason and emotion and highlighted the slow growth of progress in the number of lives lost in conflict despite the turmoil of current events.

She concluded by suggesting that a better understanding of how the brain works, such as provided by neuroscience, should enable us to move beyond a simple reason-versus-emotion approach.

Note: This talk was the same one Dr Doig gave at the World Humanist Day symposium, held in Sydney on 20th June 2014.