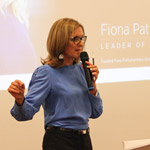 The Humanist Society of Victoria hosts a series of monthly public lectures by guest speakers raising questions of public interest and importance. We welcome everyone interested in fostering a more rational and caring society.

Tackling Homophobia – Taking on the AFL

Nuclear Weapons – Immoral, Illegal and Bannable – And Why Did We Go to War in Iraq?

Humanism and Contemporary Understandings of Spirituality

Dropping the Bundle on Aged Care

The Effect of Drugs, Including Alcohol, on the Health of Australians

For a Prosperous Victoria, Break Contract on Wonthaggi Desalination Plant

Philosophy Tour of Turkey 2011 and Topics of Dialogue

Will Australia Be a Fairer or More Just Society in the Future than in the Past?

The Humanist Case for Population Reform