Losing Your Religion: Ex-Muslims Speak Out

Bayview on the Park, 52 Queens Road, Melbourne
The conference aims to highlight the plight of ex-Muslims, challenge the punitive attitudes that plague them and take a stand for reason, secularism and human rights. Speakers include Hessam Shiralizadeh. Read Event Details … 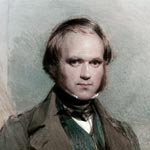 Studley Park, Kew, Melbourne
Anyone interested in evolution or Humanism is invited to join us at picturesque Studley Park (under the shelter by the electric barbecues) for a BYO picnic to celebrate the enormous positive impact Charles Darwin has had on the world. Each year on Darwin’s birthday, Humanists and other freethinkers celebrate his contribution to our understanding of the variety of life forms. The contribution Darwin made has completely transformed the way we humans perceive our place in the universe. His contribution enables us to see that all life forms, including humans, are naturally evolved rather than specially created. Read Event Details …

421 Smith St, Fitzroy, Melbourne
Hosted by Effective Altruism Melbourne. In this famous essay, Peter Singer argues that Western society’s norms around charitable giving fall well short of what affluent individuals are morally obligated to contribute to humanitarian efforts. This text, seminal in the Effective Altruism movement, raises many important questions about charity and wealth. We will discuss Singer’s argument, and its implications for how we ought to live our lives. Read Event Details …

Book Launch: ‘A Transnational History of the Australian Animal Movement, 1970-2015’ 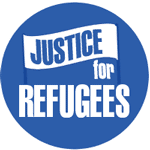 State Library, Swanston St, Melbourne
The walk will commence outside the State Library, proceed through the Bourke Street mall and return to the State Library. Humanists will be joining people from faith groups, community organisations and unions for this year’s Walk for Justice for Refugees, expressing our support in solidarity with refugees and people seeking asylum.

The Humanist Society of South Australia (HSSA) is co-hosting the 2018 Australian Humanist Convention. The theme for the conference, Equality Is for Everyone, will be upon human rights and the need for equality. To this end, HSSA has teamed up with some other like-minded organisations and university clubs in South Australia to bring a diverse section of people and ideas to the convention.

AMREP Education Centre Lecture Theatre, 89 Commercial Road, Melbourne
The Philosophy Behind Effective Altruism – Peter Singer is one of the world’s leading moral philosophers and a founder of the effective altruism movement. Effective Altruism is a philosophy and social movement that seeks to use evidence and reason to answer one simple question: how can we use our resources to help others the most? Explore the ideas of effective altruism, and in particular the key philosophical criticisms of the movement, with Professor Peter Singer. Read Event Details …

Venue TBA
The symposium is organised by the Progressive Atheists Inc. Topics addressed on the day will be:

• stopping the Rise of the New Religious-Right in Australia

World Humanist Day is celebrated every year on June 21. It is an opportunity for humanists and humanist organizations to publicize the positive values of Humanism and to share the global concerns of the Humanist movement, and we’ve been celebrating the day since the 1980s. Read Event Details …

Animal Liberation: Past, Present and Future

Deakin Downtown, L12, Tower 2/727 Collins Street, Docklands
Peter Singer is Ira W. DeCamp Professor of Bioethics in the University Center for Human Values at Princeton University and Laureate Professor at the University of Melbourne. He is the author of Animal Liberation, sometimes credited with triggering the modern animal rights movement. His other books include Practical Ethics, The Ethics of What We Eat (with Jim Mason), The Life You Can Save, and most recently, The Most Good You Can Do. Time has named him among the world’s 100 most influential people. An Australian, in 2012 he was made a Companion to the Order of Australia, his country’s highest civilian honour. Read Event Details …

Atheist Society Lecture: Can We Be Free Willing Robots?

Unitarian Church Hall, 110 Grey Street, East Melbourne (Melways: 2G, D2)
HSV committee member and Rational Realm author, Leslie Allan, asks the age-old philosophical question of whether it’s possible for us to exercise free will in a deterministic world. In this talk, he mounts a case against the libertarian and hard determinist’s thesis that free will is impossible in such a world. Leslie charges incompatibilists with misconstruing ordinary ‘free will’ talk by overlaying common language with their own metaphysical presuppositions. Read Event Details …

MREP Education Centre Lecture Theatre, 89 Commercial Road, Melbourne
EAGxAustralia 2018 is a conference for people who want to do good, better. Learn about and discuss the latest ideas in the field of Effective Altruism, share new research, familiarise yourself with core concepts, and coordinate on global projects with experts in creating impact.
Effective Altruism uses evidence and careful analysis to find the very best causes to work on and then help you identify how to do the most good you can, with the time and money you have. Previous Australian Humanist of the Year (AHoY), Peter Singer, is a leading light of the movement and will be keynote speaker.

Free Will and Determinism: Can They Live Together

Central Victorian Atheists and Freethinkers
Vic Bar and Bistro, 67 High Street, Woodend, Victoria (Find on Google Maps)
HSV committee member and Rational Realm author, Leslie Allan, studied philosophy and history at University throughout the 1980s. Back then, he subscribed to a view called ‘hard determinism’. One tenet of that view is that human beings never exercise ‘free will’. At the time, he believed that is what a scientific understanding of the universe and our place in it leads a rational person to believe. As he progressed beyond first year studies, he got to appreciate that the hard questions in philosophy are hard for a reason. He came to appreciate nuances in the debate that had escaped him in his novice years. He now spends a fair amount of time engaging with fellow naturalists, humanists and atheists. Seeing many of them fall into the same traps that he did as a novice prompts him to write and give talks challenging the idea that we are devoid of free will. Read Event Details …

Auckland, New Zealand
The weekend will include the General Assembly of IHEU youth section, IHEYO, and a conference hosted by the Humanist Society of New Zealand.

Pastoral care for the ‘unchurched’

Richmond Library Meeting Room, 415 Church Street, Richmond, Melbourne
Through a grant from the Humanist Society of Victoria, Joe Sehee is working to find ways of helping ‘unchurched’ Australians in difficult circumstances be able to find meaning, hold hope, and connect to something bigger.

Joe has had an eclectic career that has allowed him to do everything from serve as a Jesuit lay minister, host an HBO music-comedy special (on roller blades), become a Peabody Award-winning journalist and lead a environmental/social/consumer movement in the end-of-life space. Read Event Details …

Siteworks, 33 Saxon St, Brunswick, Melbourne
The theme for this year’s Victorian Association for Philosophy in Schools conference is Cultivating Curiosity: Philosophy and STEM. There is an exciting line-up of experts in the field presenting plenty of interesting sessions, including keynote speakers, Dr Tim Sprod, Chair of the Association for Philosophy in Tasmanian Schools and Krystal De Napoli, from Monash University. 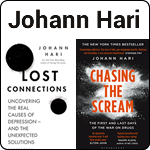 Melbourne Town Hall, 90-130 Swanston Street, Melbourne
Depression and addiction are on the rise in Australia, fed by stigma and silence. Criminalising drug use and medicating depression has not fixed the problem.

New York Times best-selling author of Chasing the Scream and Lost Connections, Johann Hari, believes that there is a better way. Johann tells the hidden story of the war on drug users, and what really causes both depression and addiction. Read Event Details … 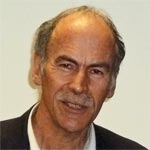 Bio: Paul is a member of the HSV and still active as a Uniting Church minister with a progressive stance. Around Melbourne, Paul is committed to dialogue between worldviews, sometimes described as ‘interbelief’, believing that the authenticity of one’s own beliefs and living may be tested most effectively not by a fellow believer but by the Other, including those of no faith. 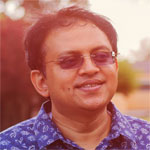 Venue: Unitarian Hall, 110 Grey St, East Melbourne
Speaker: Babu Gogineni
The secular nation of India has a long tradition of atheism, humanism, rationalism and skepticism. Nonetheless, India continues to struggle against religious superstition and persecution as social intolerance is rapidly growing. Meanwhile, the legal framework of blasphemy laws remains in place. Incitement to violence against Rationalists has become common place, and in the last few years four leading Rationalists have been gunned down. Babu is the founder of the South Asian Humanist Association and Science for Society. He is past-Secretary of the Rationalist Association of India and the Indian Humanist Association, as well as a Trustee of the Indian Renaissance Institute. In 1997, he was appointed Executive Director of the International Humanist and Ethical Union (IHEU). Read Event Details …

Meaning in a World without God

This is the first formal Meetup of the new Ex-Religious Support Network (ESN). The feature speaker will explore ways of finding meaning and purpose in a world without God. Joe Sehee is an experienced secular spiritual carer who will discuss how a growing number of Australians are connecting with ‘something bigger’ through the arts, nature and relationships rather than through religion.

ESN is a private Meetup group. Membership of the group is required to see the event details. Read Event Details … 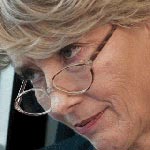 Venue: Cinema Nova, 380 Lygon St, Carlton, Victoria (Find on Google Maps)
This special screening of the movie includes morning tea and a discussion with host, Jan Epstein, and Research Fellow in Biomedical Ethics, Dr Lauren Notini, at no extra cost. In the movie, Judge Fiona Maye is married to her work, which has become a problem for her husband, Jack. The question: should a couple who are Jehovah’s Witnesses be permitted to deny a life-saving blood transfusion to their leukemia-stricken 17-year-old son. Fiona finds herself taking unusual measures to determine her verdict — measures that will have far-reaching consequences. We recommend you book online. There is ample parking beneath the cinema and your cinema ticket entitles you to two hours of free parking. We will meet in the Cinema Nova foyer at 10:15 am and will retire to a café afterwards for relaxation and a chat.