By Rosslyn Ives On 30 Jun 2018 · in Human Rights and Welfare, Practical Humanism 1 Comment 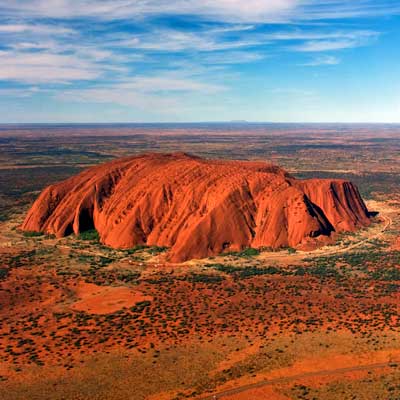 Henry Reynolds (AHoY 2000) begins the introduction to his 1998 book, This Whispering in Our Hearts, as follows.

Major moral questions underlie the history of Australian colonisation––Were the Aborigines the true owners of Australia? If so were the British justified in taking possession of the continent? Was it legitimate for them to use force when they met resistance? Should they have provided compensation for those they dispossessed?

These questions were of concern to the colonial authorities planning the convict settlement of New South Wales in 1788. And the same questions still haunt us today.

The lack of a proper settlement between Australia’s Indigenous peoples, and those of us who have made our home here since 1788, is unfinished business. This case has been further strengthened by archaeological evidence that Aborigines have been in Australia for 65,000 years; possibly the longest continuous occupancy by any group of people in the world.

The latest attempt by Indigenous people to be recognised and acknowledged as Australia’s first inhabitants is the Uluru Statement from the Heart.

The Uluru Statement was released on 27 May 2017, exactly fifty years after the 1967 referendum that overwhelmingly supported amending the Constitution to allow the Commonwealth to make laws pertaining to Aboriginal people and to include them in the census.

Over the past year the Uluru Statement has been widely discussed. And for those unfamiliar with the actions of Indigenous activists, it is just the latest in a long line of appeals for recognition and acknowledgement, as Australia’s first peoples.

Near the end of the Uluru Statement is the following appeal:

We seek a Makarrata Commission to supervise a process of agreement-making between governments and First Nations and truth-telling about our history.

We are all familiar with the take-over of land by white settlers, the killings, the poisoning of water holes, the disease, the taking of children, which has resulted in high rates of Indigenous incarceration and widespread despair among Aboriginal people.

This unfinished business needs urgently to be addressed if all Australians are to walk together into a better future.

HSV has a creditable record of supporting the concerns of Indigenous people. We walked for reconciliation, and many of our members have actively supported scholarships for Aboriginal students.

At the national level, Australian Humanists have honoured a number of AHoY who have advocated for Indigenous recognition and rights: Fred Hollows, John Hirshman, Henry Reynolds, Donald Horne, and Inga Clendinnen, to name the most obvious ones.

As non-indigenous people, it not our role to tell Indigenous people what should happen in respect of recognition and acknowledgement. Our role is to listen to what they are asking for and walk with them towards a unifying resolution.

Uluru Statement from the Heart

The Uluru Statement was issued by the Referendum Council appointed to advise the Prime Minister and Leader of the Opposition on options for constitutional reform.

We, gathered at the 2017 National Constitutional Convention, coming from all points of the southern sky, make this statement from the heart:

Our Aboriginal and Torres Strait Islander tribes were the first sovereign Nations of the Australian continent and its adjacent islands, and possessed it under our own laws and customs. This our ancestors did, according to the reckoning of our culture, from the Creation, according to the common law from ‘time immemorial’, and according to science more than 60,000 years ago.

This sovereignty is a spiritual notion: the ancestral tie between the land, or ‘mother nature’, and the Aboriginal and Torres Strait Islander peoples who were born therefrom, remain attached thereto, and must one day return thither to be united with our ancestors. This link is the basis of the ownership of the soil, or better, of sovereignty. It has never been ceded or extinguished, and co-exists with the sovereignty of the Crown.

How could it be otherwise? That peoples possessed a land for sixty millennia and this sacred link disappears from world history in merely the last two hundred years?

With substantive constitutional change and structural reform, we believe this ancient sovereignty can shine through as a fuller expression of Australia’s nationhood.

Proportionally, we are the most incarcerated people on the planet. We are not an innately criminal people. Our children are aliened from their families at unprecedented rates. This cannot be because we have no love for them. And our youth languish in detention in obscene numbers. They should be our hope for the future.

These dimensions of our crisis tell plainly the structural nature of our problem. This is the torment of our powerlessness.

We seek constitutional reforms to empower our people and take a rightful place in our own country. When we have power over our destiny our children will flourish. They will walk in two worlds and their culture will be a gift to their country.

We call for the establishment of a First Nations Voice enshrined in the Constitution.

Makarrata is the culmination of our agenda: the coming together after a struggle. It captures our aspirations for a fair and truthful relationship with the people of Australia and a better future for our children based on justice and self-determination.

We seek a Makarrata Commission to supervise a process of agreement-making between governments and First Nations and truth-telling about our history.

In 1967 we were counted, in 2017 we seek to be heard. We leave base camp and start our trek across this vast country. We invite you to walk with us in a movement of the Australian people for a better future.

One Response to Unfinished business