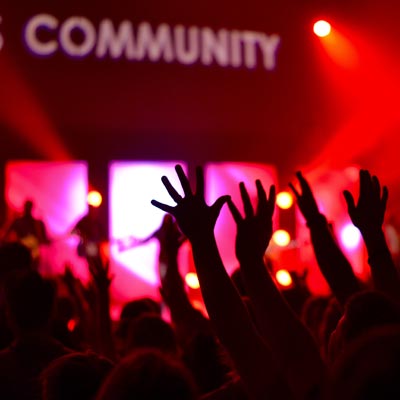 In trying to make sense of the recent massacre in Christchurch, a talk given by Phillip Adams titled ‘We’re losing the battles, can we win the war?’ [Australian Humanist No. 61, Autumn 2001] at the Humanist Congress, Sydney, November 2000, came to mind. In it, he discussed the potential for the new media to fragment society.

His central point was that members of society once shared access to the same sources of news and information via a handful of newspapers, radio stations and television channels. Even in 2000, the era of ‘mass media’ was nearly over, due to the internet, along with a proliferation of magazines, TV channels and radio stations, most targeting niche audiences. As Adams put it:

My fear with the new media is that we are moving into an era of ghettos of choice. We simply go into a place where we are comfortable with our prejudices, bigotries, paranoias and anxieties and instead of engaging in interaction what you are getting are people who are on feed-back loops through the Net which go across a region, a country and across the planet. I refer, of course, primarily to the hate pages; to the marketers of bigotry and racism who are now gaining toe-holds in Australia through this new technology.

He was foresighted in recognising the dangers to society from the extreme right and other marginal groups, brought about by the new media.

To become a demographic of one or a hundred or a thousand, like white supremacist groups who only listen to themselves, who get on these incredible vortexes of hatred and destruction, and they are all over the place.

Thus the growth of social media, Facebook, Twitter, etc., now threatens an older sense of society being an interacting whole. Of course, the reality is much more complex. Not everything about the mass media was ideal, with newspaper and television barons controlling what we could read and watch. And neither is social media necessarily bad. But ready access to social media does enable the sharing and reinforcing of extreme views, under the radar of the wider society.

Adding to the problem of social media ghettoising fringe groups are other social changes which seem to threaten a minority of mostly insecure males. Such as the rise of feminism, fewer low-skilled jobs as technology advances and the arrival of migrants with religious and ethnic backgrounds different from the home-grown majority.

So, while social changes have enriched life for many, for others it has enabled extreme, anti-social views to be fostered. Hence, Christchurch. We Humanists, with our open-minded approach that celebrates equality and diversity, can make an important contribution to social cohesion. By reaching out to others in a non-judgmental way, as we already do, we can help enhance social well-being for all.

Share/Like this page:
Loss of biodiversity – A matter of concern HSV plays a part in successful chaplaincy challenge

One Response to Society fragments as connections multiply