The secular funeral and what it means

By Anonymous On 1 Dec 2010 · in Practical Humanism Add Comment 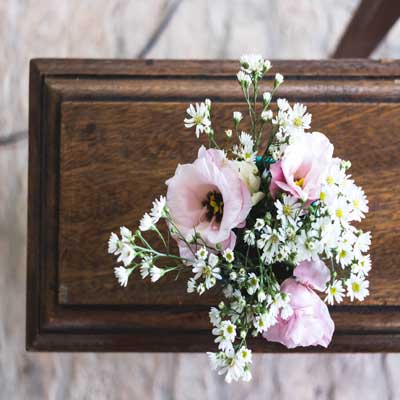 This heart was woven of human joys and cares,
Washed marvellously with sorrow, swift to mirth .
The years had given him kindness. Dawn was his,
And sunset, and the colours of the earth.
He had seen movement, and heard music; known
Slumber and waking; loved; gone proudly friended;
Felt the quick stir of wonder; sat alone;
Touched flowers and furs and cheeks.
All this is ended.
[Adapted from Rupert Brooke]

As a Humanist, I live with the conviction that a good life deserves to be honoured. I think it is profoundly uncivilised to dismiss a lifetime of achievement in society and dedication to family in 10 to 15 minutes. I think a funeral is a weighty and serious responsibility and, given the limitations of the culture, should be done as fully and meaningfully as possible. Capitalist pressure is making this task increasingly difficult. Just as the substantive meaning for a secular marriage ceremony has been undermined by people in the government, similar forces have been at work undermining the secular funeral.

I am a celebrant of 40 years standing and have between 2000 and 3000 funerals on my CV. I am qualified to tell you that in the mid-1970s we did something very unique and very good in modern world history by establishing meaningful substantive civil funerals in Australia—especially in Melbourne. Those of you who have lived as long as me or longer will know that until we came along, there was no such thing as a secular funeral anywhere in the English-speaking western world—New Zealand, the United Kingdom and the United States. We, the civil funeral celebrants of Melbourne, began something unique in our interconnected cultures. But, what has happened since then? Why are families now approaching catholic priests for secular funerals? The answer is disturbing.

Just as we have “religious” and anti-secular people in the government, who have undermined marriage celebrancy, we have even more powerful forces, based on the greed-is-good philosophy that our society so encourages, undermining secular funeral celebrancy. Established by the then Attorney-General Lionel Keith Murphy QC in the early 1970s, civil celebrants were a great leap forward for the dignity of secular people. It was the members of the Humanist Society of Victoria who had campaigned for civil celebrancy. At that time, secular people were being humiliated in a myriad of ways by a predominantly religious society.

It hasn’t stopped, but it has become more subtle. Our opponents have been very clever. They have adopted the classic motto, “If you can’t attack, you undermine.” The squashing, squeezing and exploitation of our group of funeral celebrants, once so constructive and prosperous, by the majority of Funeral Directors is a tragedy unfolding before our eyes. The Funeral Director scene has changed. Idealistic and community minded leadership of the past, Rob and John Allison, Des Tobin and a few others are now quaint history. Funeral celebrants are now up against at least one large corporation, and a number of lesser ones and, as is obvious to all, big advertising money. Invocare, a very large corporation, owns Le Pine Funerals, Simplicity Funerals, White Lady Funerals and many others. Thought you were getting competitive quotes, didn’t you? Silly you. Put “funeral celebrants” into Google and you will be directed to a Funeral Director site. Greed-is-good money now controls Google as well.

Funeral directors are misnamed. They don’t direct funerals. In fact, the funeral ceremony is of very little interest to them. They are disposers of bodies. The slab of money evidently required for carrying out this disposal is ginormous. As we watch the TV ads, we are presented with the long list of charges and expenses for which you must insure yourself. Notice they do not even mention the final tribute to the deceased, the Funeral Ceremony. It is not part of their money making scene.

And yet, to every intelligent person who knows about it or thinks about it, the funeral ceremony is the procedure after a death that most matters to most people. To whoever has listened to talk-back radio or engaged in after-dinner conversations or attended a funeral service, the only topic that is discussed is how good or bad was the ceremony (and the celebrant). How good (meaning authentic and moving) was the eulogy, how appropriate and honouring were the spoken reminiscences, the poems, the quotations and the people who read? Was the music appropriate and well delivered?

Home they brought her warrior dead:
She nor swooned, nor uttered cry:
All her maidens, watching, said
‘She must weep, or she will die.’

The problem is that anyone can set themselves up as a “funeral celebrant”. The majority favoured by the Funeral Directors throughout Australia are uneducated and untrained. Funeral Directors in general (and there are some exceptions) unfairly take advantage of funeral celebrants. They control the whole death scene. And the tragedy is—it is you the general public—who allow them to do so. The vast majority of people wait until after a death has occurred before making arrangements. Then, under pressure of time, they go straight to the body disposer, and they trust that body disposer, against all the evidence, to be interested in the story of the person. They expect him or her to be interested in the eulogy, the music, the symbolism, the tribute, its appropriate presentation and accuracy.

We need to turn the tide – this is how to do it.

When a person dies in our community, their friends and family want to gather and remember, they want to honour, they want to pay tribute, they want to put the life on record. It must be done well. That is what is comforting for the closest bereaved. The comfort to the living could well be the hope that they too will be farewelled in a dignified loving way.

Dally Messenger III is the Principal of the International College of Celebrancy and author of
Murphy’s Law and the Pursuit of Happiness: A History of the Civil Celebrant Movement.