Humanists and the inhuman universe 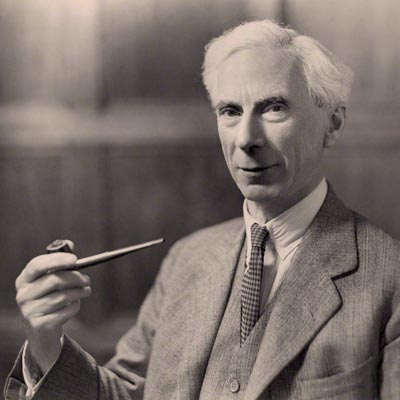 Murray Love has been looking up the history of the Humanist Society of New South Wales, marvelling that in the 1960s there were more than one thousand members, with suburban branches and weekly activities for the children. They were in a ferment of activity about ‘social reform, organized charity, political involvement, rationalism, communal social work, involvement in local affairs and self-education’. Murray evokes this heyday of Humanism in an article in Humanist Viewpoints, the Society’s quarterly newsletter which he edits. ‘Where are these people now?’ he asks.

A leading light of the time in the University of New South Wales Humanist Society was the academic, Alex Carey. Murray points out that Alex’s campaigning zeal caused a bad affect in his family. Gabrielle Carey has described it in her book, In My Father’s House (1992).

One of the hardest aspects of growing up as the daughter of a humanist was the worry of having to live up to incredibly high intellectual and moral standards. And worse, what happened when it was discovered that you hadn’t? Would you be given a second chance? Could you confess your weaknesses? Would you ever be forgiven? What would my father say if he found out that I was just another brainless, mind-moulded, media-manipulated failure to humanity?

The burden of guilt was lifted when she converted to religion.

From zeal to censure is an unkind path in home life and repeats the well-known mistakes of Christian wowserism in the nineteenth century. One is also reminded of the in-group humanism and the out-group fascism of Sam Pollitt, who was such a trial to his family, in the novel, The Man Who Loved Children, by Christina Stead (1940).

The point is that atheism can be too much for an individual spirit to bear – or rather, too little to sustain. We know or think we know that our imagination exceeds our grasp and that there are times when individuals need the hope of some help.

The counsel of fortitude in facing an uncomprehending universe has had some eloquent exponents. Bertrand Russell wrote stirringly of this condition of the human ‘soul’, in A Free Man’s Worship (1903):

… only on the firm foundation of unyielding despair, can the soul’s habitation henceforth be safely built. …
all the loneliness of humanity amid hostile forces is concentrated upon the individual soul, which must struggle alone, with what of courage it can command, against the whole weight of a universe that cares nothing for its hopes and fears. Victory, in this struggle with the powers of darkness, is the true baptism into the glorious company of heroes, the true initiation into the overmastering beauty of human existence.

And Nikos Kazantzakis considered it a matter of honour, in Report to Greco (1965, translated by P. A. Bien):

The faith most devoid of hope seemed to me not the truest, perhaps, but surely the most valorous. I considered the metaphysical hope an alluring bait which true men do not condescend to nibble.

Do these stern opinions sound like posturing on the edge of the abyss? Murray Love asks us not to adopt ‘the insensitivity of hard-boiled skeptics’ towards those who have lapsed from atheism; instead we ought to sympathize with their plight. Hope then springs from the example of sympathetic people. Let Russell have the last word, summing up his own story in a prologue, dated 1956, to his Autobiography (1967).

I have sought love … because it relieves loneliness – that terrible loneliness in which one shivering consciousness looks over the rim of the world into the cold unfathomable lifeless abyss. I have sought it, finally, because in the union of love I have seen, in a mystic miniature, the prefiguring vision of the heaven that saints and poets have imagined. This is what I sought, and though it might seem too good for human life, this is what – at last – I have found.

With equal passion I have sought knowledge. …

Love and knowledge, so far as they were possible, led upward toward the heavens. But always pity brought me back to earth. Echoes of cries of pain reverberate in my heart. Children in famine, victims tortured by oppressors, helpless old people a hated burden to their sons, and the whole world of loneliness, poverty, and pain make a mockery of what human life should be. I long to alleviate the evil, but I cannot, and I too suffer.

This has been my life. I have found it worth living, and would gladly live it again if the chance were offered me.

Share/Like this page:
What gives life meaning? March for Science – Why science matters