26 Nov 2011 – On Friday 25 November 2011, 9:15 am, the ethics of the participants in Banjo Paterson’s song, Waltzing Matilda, was discussed at the regular meeting of the philosophy club, Plato and Biscuits, at The Wattle Club centre, Underwood Street, Ferntree Gully. Little would Paterson have realised the issues that he had raised: squatting on someone else’s land, stealing and eating animals, invoking the law and suicide. And what would people from distant cultures think? It all took two and a half hours of intense discussion initiated by the puppet show and lesson from the Humanist Society of Victoria ethics manual. All this in a song that many Australian’s wanted to be the national anthem.

22 Nov 2011 – In June 2011 the Victorian Department of Education and Early Childhood Development advised school parents to lobby their politicians on any concerns over special religious instruction. Two of us HSV members began to visit our MPs forthwith, one of us being a primary school parent and the other a primary school grandparent.

In addition to eight such visits by November we wrote to all Victorian MPs not yet contacted using our draft letter: World-view Education in State schools. Sixteen more MPs have responded including ALP, Green and Liberal members. We’ve now had productive dialogue with 19% of the total of 128 Victorian MPs, but one, who shall be nameless for the present, has refused to meet with one of his constituents! We’ll give him another chance.

Contacting MPs next year will be guided by the VCAT hearing on 1st March. Perhaps we should also be talking to our Federal MPs on the matter of formerly “secular counselors” in State schools now being reclassified as social workers and accredited by the religion providers. It’s no big deal to visit a pollie. The visits are most enjoyable even with those who say that they are unable to support one, like “How can I possibly help you? I’m a Government Minister in the Bible belt.” Let’s just do it!! 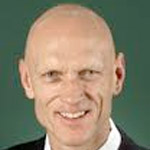 “There’s many a slip twixt cup and lip.” Greek and English proverb

It was great to read New choice for school chaplaincy program in the Age two months ago. The news item reported how the National Chaplaincy program was being extended to permit schools to hire secular counsellors who would not proselytise their children. Since it seemed too good to be true, we wrote to Minister Garrett (left) asking who would administer the program. The reply on 15 October was not 100% reassuring and now on the grapevine we are hearing that the word ‘secular’ is quietly dropped and that the existing religion providers, ACCESS ministries, Chaplaincy Australia, GenR8 Ministries, Schools Ministry Group, Scripture Union, etc, will administer the formerly ‘secular’ program.

Can we find a suitable secular agency to suggest to the Minister before the decision is announced as a fait accompli? And, furthermore, do we need to think about what could happen behind the scenes as the Australian Curriculum and Assessment Reporting Authority gets influenced to link ethics with religion in the proposed national curriculum?

At noon today about one hundred people, including five Humanists, assembled in Queen’s Hall, Parliament House, Victoria, to participate in a moving ceremony convened by Road Trauma Support Services. Photographs of deceased were displayed on a table in front of the lectern. The service was led by Rev. Andrew Calder, but mercifully not too religious although some of the speakers did naturally testify to their faiths. Chamber music was played by four girls from Methodist Ladies College and the ‘Organised Water’ choir sang several times directed by Ruth Schoenheimer. Candles were lit by Ian Smith from the Victorian Council of Churches, Murray Davis of the Faith Communities of Victoria and Judy Watt from our Society, followed by many in the audience. For the writer, the Humanist Society is most relevant when trying to raise consciousness of suffering and helping in the comfort of those bereaved by such preventable tragedy.

20 Nov 2011 – Untouchable castes occur in several countries, but notably in India and Nigeria. As described by the immediate past president, Roy Brown (left), the International Humanist and Ethical Union has relief work established in India and donations are welcome.

Dalits have been historically excluded from human society. Discrimination affects every aspect of their life: health, housing, education, work, marriage and social interaction. Tens of millions of Dalits are trapped in debt bondage. Their access to modern medical care is almost non-existent. They are exploited as vote banks with little hope of improvement, and they are targets for religious conversion. Rampant superstition, the practice of internal untouchability and desperate poverty are the hallmark of most Dalit communities. Find out how you can Adopt a Dalit Village.

16 Nov 2011 – On Wednesday, 6:30 pm 15 instant at Melbourne University, one of the Four Horsemen of the Apocalypse, Professor Daniel Dennett, spoke on the Evolution of Purposes with the aid of computing science. Harry Gardner and host of Singularity Summit 2010, Adam A. Ford (left), got together with Horseman Dan (right).

14 Nov 2011 – For several years our South Australian member, Dick Clifford, raised funds for Liberian refugees in Ghana. The Center for Youth Empowerment was established by Slabe Sennay, then demolished by storm and rebuilt. Untouchable castes occur in several countries, but notably in India and Nigeria. The International Humanist and Ethical Union has relief work established in India and donations are welcome.

This year, the refugees were repatriated to Gardnersville, Monrovia, Liberia, and the Center for Youth Empowerment re-established by Slabe Sennay. Dick wants readers to write a cheque as described in the November 2011 edition of Victorian Humanist or donate via Western Union. Find out more about the Youth Empowerment program.

A vote against world-view education

24 Oct 2011 – As reported in the Age news item, Anglicans reject multi-faith education in schools, The Anglican Synod has voted approximately 5:4 to reject a call for general religious education in State schools. It thereby inadvertently supported the local evangelicals who deliver special Christian religious instruction in such schools. In opposing the motion the Chair of ACCESS ministries, Bishop Hale, continued the fiction that special religious instruction is not used for proselytising when in fact that’s just what it’s permitted to do according to the Education Department itself. See see answer (8) on 25th May 2010 in the Education Department’s reply to a Parliamentary question of 25th March 2010.

Will children who don’t do religious instruction get a fair deal?

20 Oct 2011 – On 24 August the Education Department introduced new advice to school principals requiring opted-out children to be given meaningful supervised work, including studies about local community groups. (The HSV ethics course would qualify.) However, the difficulty of finding available school teachers to supervise this teaching concerned Sue Pennicuik, MLC, who raised the problem in the Legislative Council on 12 October 2011.

The answer from the Minister for Higher Education and Skills, Hon. P.R. Hall, failed to resolve the matter. A request from HSV to deliver its ethics course would bring the matter to a head, but HSV will await guidance from the VCAT case on Special Religious Instruction discrimination (starts 12 December 2011) with an answer possibly available in early January 2012.

15 Oct 2011 – Recently a school council member sought the Humanist Society’s advice on special religious instruction (SRI) and later reported on the next meeting of the council.

“… a very cordial school council meeting was had, where a number of people were surprised by the nature of the Access ministries curriculum.

As it happens four different SRI religions are taught in the school (at parent request), and approx 50% of the students opt out of  SRI.” Read Full News Item …

10 Sep 10 2011  – The Australian Government, after consultation with educational ‘stakeholders’ and following public submissions and an ombudsman’s report on the School Chaplaincy Program, has decided to broaden the program by admitting secular welfare workers on a par with religious chaplains.

Commencing in 2012, the National School Chaplaincy and Student Welfare Program will do away with the previous religious monopoly on ‘supporting the spiritual, social and emotional wellbeing of school students’ and leave the choice firmly with the school. Find out more about the revamped School Chaplaincy program.

13 Aug 2011 – On Monday 8th August the the Victorian Civil and Administrative Tribunal (VCAT) attempted to mediate between three particularly aggrieved families and the Department, but the case did not settle. However, just prior to mediation the legalistic Departmental Guidelines, which had been described by the Minister as the “law”, were withdrawn and replaced by Additional advice to school principals. There is a change of policy in the 6th Advice requiring that opted-out children now be given meaningful work instead of merely time filling/wasting activities, including lessons from the Humanist Society’s Practical Ethics manual if a school wants them. Together these changes represent a huge shift in the Department’s attitude, and certainly would not have occurred but for the Humanist Society’s challenge. The date of the full VCAT hearing was put back to 12th December.

11 Jul 2011 – The Council of Australian Humanist Societies calls on the federal government to institute a Tobin tax on each foreign currency transaction made by Australian banks. The amount taxed need be no more than 0.05% of the amount transacted; the revenue to be deposited into a special trust fund for foreign aid projects. It is said that the Australian Treasurer is not keen on the idea. According to Dr Alan McPhate, Outstanding Humanist Achiever for 2009, “… the Tobin Tax proposal has progressed slowly over the last twelve months. A group calling themselves the ‘Robin Hood Group’ is still attempting to progress the proposal with limited success.” Read Full News Item …

We were greeted by the Foreign Secretary on arrival and he was interested later to learn about the Bill we were co-launching the next day in the House of Lords that would restrict the operation of sharia courts in this country. It is relevant to the Government’s new “Prevent” extremism policy.

31 Mar 2011 – Following the publishing of The Sunday Age article titled ‘Backlash as God forced into schools’, the Humanist Society website crashed after receiving so many enquiries from parents who were unhappy with the current state of religious instruction in our public primary schools. And this was not even the URL provided in the article!

Added to this, the new parents advocacy group, FIRIS (Fairness In Religions In School), has been bombarded with offers of help and further examples of troubling complaints of discrimination. Virtually all of these emails were in support of the FIRIS stance. There is more to come, ensure you subscribe to the FIRIS newsletter, which can be found on the FIRIS web site and please sign up to our own newsletter for all our upcoming campaigns, events and media releases.

13 Feb 2011 – On Saturday, 12th February, 2011, a gathering of Humanists, Skeptics, Atheists and everyone in between had a fantastic day on the banks of the Yarra River to celebrate Charles Darwin’s birthday. Since the early 1990s, Darwin Day has been celebrated around the world, including in Melbourne.

The Yarra banks are a terrific place to gather and is a great opportunity for families to gather as well. We hope in the future that more parents attend such an important, and fun day. We had a chicken and egg race (to find out which came first), lots of food, discussion and great weather. By the way, the chicken came first if you were wondering 😉 Congratulations to John Perkins, who received the rubber chicken in lieu of a trophy. You can watch a YouTube video of the Darwin Day chicken and egg race.