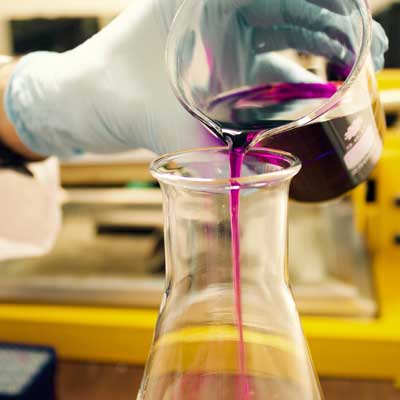 Science and Humanism have in common a dedication to framing ideas on the basis of reason. Many, albeit not all, of the ideas that permeate humanism flow from ideas derived from science. Humanist ideas, like scientific ideas, are not validated by figures of authority, temporal, spiritual, superstitious, or other. Thus, acceptance of scientific and humanist ideas on a subject like climate change does not depend upon verification by Professor Garnaut, the Prime Minister, the head of state, or others. The important test of validity is reason, and, in the case of science, the reason may be guided by authorities in the scientific peer group. In a sense, science and humanism are both democratic activities, with the strengths and weaknesses of democracy. For an example of weakness, consider the present debate on climate change. Democracy needs discipline for sustenance.

Let us try to explore briefly the nature and relationships between reason, humanism as a belief system, and science. Elaborate language, communication and thought modes distinguish homo sapiens from the rest of animal life. I do not need to convince you of this; you see it all around you and wonder at the extent and potency of it all, even as you despair of some of the uses to which the communication is put. A particular feature is that we seek to describe the world to ourselves and each other in terms of cause and effect. A two year-old, with a vocabulary of only a few hundred words, often responds to much of what he or she is told with the question, “Why?”

Science embodies the most modern application of cause-and-effect explanation to the description of the world. The scientific method is essentially to formulate a reasonably small number of mutually consistent hypotheses to explain the workings of the world. The hypotheses are based on disciplined observations, as tightly controlled as possible, and expressed numerically in so far as possible. The hypotheses are tested repeatedly by attempting to predict observations on related situations and even very new situations.

The observations and reasoning are reported in journals, refereed and read by other scientists, in sufficient detail for other scientists “skilled in the art” to repeat the work and test the observations and reasoning for themselves. I know of quite a few examples of work that were in error or even deliberately falsified or misrepresented. Phlogiston is the classic case of reasoning in gross error. Well-tested hypotheses are invaluable, eliminating much rote learning, allowing the prediction of new “facts” and enabling new inventions, quite often breathtaking inventions

As a professional researcher, I regarded science as a discipline rather than a subject or a job or work. Practicing the discipline faithfully was the essence of the activity. The network of hypotheses (often many steps removed from direct observation) that described the science that I knew became my belief system. The further I move from my own specialities, the more reliant I am upon the observations and hypotheses of others. I place trust in them because of my belief in scientific methodology.

Nevertheless, a minority of my research colleagues have practiced religion as well as science. They are all far too intelligent to have belief in the superstitious aspects of their religions, and I can only imagine that they adhere to their religion for cultural reasons and from the social and related benefits flowing from the practice. After all, I adhere to my scientific beliefs because of the benefits flowing from the belief.

Many in the world of science and most outside it have a more black-and-white view of science. Its well-tested hypotheses are laws, and the body of science comprises facts and truths. My own view is less definitive. I simply have a belief in the validity of well tested hypotheses.

Science is arguably a belief system. Humanism is almost universally regarded as a belief system. The name is clearly justified by the skills in reason, communication and social organisation that distinguish humans from other animals. The core values espoused by humanism are largely held in common with, and probably derive from, more enlightened forms of Christianity. On that basis, co-existence of humanism and religion is not difficult. Humanism does however conflict with the superstitious aspects of religion and where religion requires belief in superstitious dogma the conflict is acute.

Humanism departs from enlightened Christianity in placing reliance on science to guide its ideas and qualify the values it upholds. As science reveals new knowledge, ideas and inventions, so the values of humanism need to be questioned. Human fertility, contraception, the sacredness of human life and it prolongation, for example, need reassessing, albeit despite vigorous opposition from the churches.

I do not think one should be too blinkered and regard belief systems as being only theistic, atheistic or other spiritual. Temporal powers have always harnessed belief systems and even co-opted them into warfare. The Catholic Church clearly regarded communism as an alien belief, as did the religious/capitalist complexes of the western nations. Socialism as a belief system seems to have been a stepping stone to our own humanism. That extreme of capitalism, unswerving faith in the free market, is the dominant belief system today and operates in tandem with Judaeo-Christian belief. Consider militant Islam in this context, and let me conclude with the words of Robbie Burns.

O wad some power the giftie gie us
To see ourselves as other see us.

Share/Like this page:
Thoughts during Religious Instruction The Foundation of Morality, Laws and Ethics