Morality is independent of religion 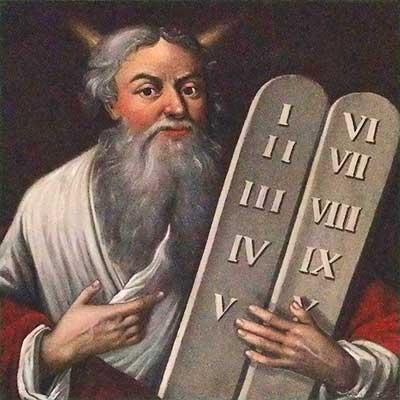 Out of habit, people typically look to religion for guidance on morals.  While this is changing as more and more Australians live with little or no involvement in religion, the entrenched tie between morality and religion persists.

For example, parliaments still open with a Christian prayer, and the ABC has a weekly radio program, Religion and Ethics Report.  This program mostly covers interviews with representatives of religious groups, on topics of particular concern to the religious.

Given the history of established religions it is unsurprising that religious people work hard to maintain morality tied to religion.  Even so, many prominent Australians openly identify as non-religious and some have accepted the award of Australia Humanist of the Year, e.g. Phillip Adams, Jane Caro, Peter Singer.  These people publicly affirm that a good life can be led without its basis being anchored in a religion.

Aiming to live a good life is a human universal which religion has hijacked for its own ends.  Yet, as Massimo Pigliucci, professor of Philosophy at City University of New York, noted in Free Inquiry June/July 2004, “the most powerful argument ever produced to show that morality and religion are independent of one another” was articulated over 2,400 years ago by Socrates.  This was recorded in a short text by Plato, called Euthyphro.

Written as a dialogue, this text tells of Socrates on his way to the courts of Athens to answer the charge of impiety – for which he was later condemned to death.  On his way he meets Euthyphro, a theologian, who is going to charge his own father with murder.  Surprised, Socrates asks for details of the murder, which turn out to be very muddled as explained by Euthyphro.  This leads Socrates to ask Euthyphro how he knows that what he is about to do is right.  Euthyphro answers that it is right because the gods want it!  At this point Plato has Socrates deliver the single most powerful blow to theistic-based morality; he says, “Is what is holy, holy because the gods approve of it, or do they approve it because it is holy?”

The dilemma that Socrates poses to Euthyphro is this: either what is holy (or good) is such because the gods say so, or the gods have no choice but to approve something because it is good.  In the first case, the good becomes an arbitrary judgment, or whim of the gods.  In the second case, there is an independent source of the good.

The point of this dilemma is that the gods are irrelevant to the question of morality, because they either give arbitrary moral directions, or they refer to an independent standard of morality that is just as accessible to humans as well. This last point is an important contribution from philosophy to the general welfare of humanity. In a nutshell, you can be good without religion.

Understanding this has liberated people of good intent, whether religious or not, so they can join together and work towards a more equitable, just and fairer world. In general they can do this by leading a good life. More specifically they can do it by supporting organisations that advocate for human rights and a better world.

Thinking people have long known that morality, being sourced in human empathy and universal fellow feeling, is quite independent of religion. This is a core attitude of those who identify as humanists.

Share/Like this page:
What’s wrong with democracy? Equality and diversity, an antidote to racism

2 Responses to Morality is independent of religion