It is extraordinary that the Labor Party of Victoria should ban the teaching of Humanism in schools. For the Charter of Human Rights and Responsibilities that was enacted by the Bracks Government is firmly based on the principles of Humanism, and is a clear and powerful statement of what Humanists really stand for.

Humanists have an unconditional concern for the wellbeing of mankind. They are fundamentally concerned to increase the overall quality of people’s lives, regardless of their behaviour. They seek to do so by promoting the development people’s natural talents, and inculcating attitudes of mutual respect and tolerance. Their central idea is that every person should be treated with equal concern for their wellbeing and dignity, as social equals.

There are two main sources of these humanistic attitudes. The first of these is that human beings are fundamentally compassionate beings. That is, they have the compassionate virtues of love, friendship, empathy, kindness and generosity. These are virtues of which we are all intrinsically capable, and which are such that any actions that are done for any of these kinds of reasons are likely to be socially approved.

The second source is one that philosophers have been dimly aware of for centuries. Moral philosophers from Kant onwards have spoken of human beings as ends-in-themselves. Writers and poets have spoken of the ‘the brotherhood of man’, where the concern is clearly one for all humanity.

‘The dignity of man’ is a relatively new concept, although it belongs to the same family as these others. It is a kind of concern for others that has long existed, but which acquired new strength and significance in the thinking of moral theorists as a result of the Holocaust. When the Holocaust was brought to the attention of the world with the release of films of these terrible events just after the Second World War, the contrasts between decency and indecency, and humanity and inhumanity, acquired a whole new depth of meaning. This was not treating men and women as human beings: it was treating them as vermin. It was not only mass murder; it was a display of the utmost contempt and disrespect for those who were murdered. It was not just a crime against them, the world thought; it was a crime against humanity. It is no accident, therefore, that the United Nations Declaration of Human Rights, which spoke of the dignity of man, was passed shortly after these dreadful events became widely known. The name ‘Humanism’, which is given to our natural concern for the wellbeing and dignity of all humanity, has likewise taken on a new significance.

The United Nations Declaration of Human Rights and subsequent declarations, such as the Victorian one, are strikingly different from those of the Eighteenth Century. For the modern declarations all arise from concerns for the dignity or wellbeing of mankind, and therefore with the kinds of human activities that must be permitted or outlawed. But the purpose of the Eighteenth Century declarations was to protect citizens from the arbitrary use of state power. For the principles enunciated were intended to outlaw government interference with the fundamental and inalienable rights of individuals. The Declaration of the Rights of Man, endorsed by the National Assembly of France at the time of the French Revolution, stated that: The end of all political associations is the preservation of the natural and imprescriptible rights of man; and these rights are Liberty, Property, Security and Resistance of Oppression [Thomas Paine, 1790/1996, p. 72].

These rights, as they are defined in the Declaration, are all pretty minimal, evidently reflecting a defensive theory of the state. Modern Humanists believe that the state must act to promote the good of mankind.

Humanism is not indifferent to the wellbeing of animals. For our compassionate virtues have natural applications to our treatment of animals. This point is worth making, since the name ‘Humanism’ may suggest to some people that it is concerned solely with the wellbeing and dignity of human beings. But all things that are capable of pain, suffering, pleasure and happiness are fitting objects for our compassionate virtues. Nor is Humanism indifferent to the environment, since a good, healthy environment is necessary for both human and animal wellbeing. 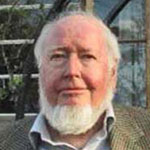 Share/Like this page:
Humanism The secular funeral and what it means