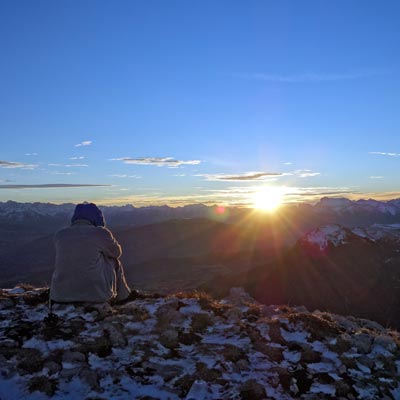 Does the life of a Humanist lack depth? Our critics often argue, yes. One is Canadian philosopher and catholic, Charles Taylor, who in his A Secular Age, is too smart to argue for God’s existence. So at great length he has taken a different tack; he discusses the secularisation of society and mourns the loss of the depth supplied by religion.

Ian Robinson in his HSV public lecture, ‘Matter matters: Why we should all be materialists’, tackled this criticism and gave a science-based response to a non-religious life having depth.

UK philosopher and Humanist Richard Norman, in his book On Humanism, outlines a broader response. He claims that the things that make life worth living or ‘lift the spirit’ have a fragility about them. Nevertheless, he argues, they are what give life satisfaction and depth. Norman discusses these under the five headings.

As social animals our lives are most likely to flourish if we are
supported by a network of family, friends and acquaintances.

The satisfaction of creative achievement

We are by nature makers of things, so being able to plan and put
together things for our own use, to give to others or to earn a living gives people considerable satisfaction and uplift.

The excitement of discovery

The enjoyment of beauty in art and nature

Music, films, novels, poetry among other creative endeavours provide emotional highs and expand our experiences. Similarly nature, in all its various forms, is source of deep enjoyment and satisfaction.

The life of the emotions

Relationships with others give rise to intense emotions; at their best joy, love and sorrow, at their worst anger, fear and hatred. Such emotional experiences contribute depth and flourishing to life.

Norman refers to these things as fragile because everything doesn’t always go well for us. Relationship might go sour and the creativity we aim for might not be achieved. And if life’s opportunities are disrupted by illness, poverty, war, or natural disasters, our capacity to achieve even modest levels of flourishing and uplift will be severely disrupted.

This leads us to seek something that gives life a more permanent meaning. Norman argues that stories we create supply meaning by weaving the uplifting facets of life into narratives. Religion, he says, is just one example of story-telling, rather than some depth-giving practice not available to the non-religious. As Ian Robinson points out secular stories provide depth and uplift to life and are more wondrous because they are backed by evidence.

A Humanist life can have as much depth, uplift and meaning as any claimed for a religious life.

Share/Like this page:
Aspects of a Humanist view The rise and rise of ISIS

One Response to Giving life depth and meaning