The Foundation of Morality, Laws and Ethics

By Anonymous On 14 Aug 2011 · in Humanist Philosophy Add Comment 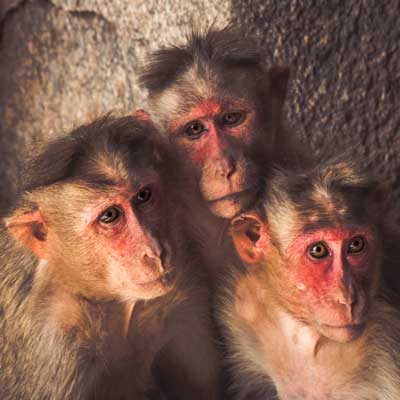 The following is a transcript of the lecture delivered by Jean Brown to the Humanist Society of Victoria on Sunday 14 August 2011.

All animals, and that includes humans, that live in societies have rule-like behavioural patterns.These enable individuals to know their place, co-operate and co-ordinate effort. Being a member of a social group offers advantages over living alone in terms of survival, safety and reproductive success. In human societies, much social living is consciously organised by rules of behaviour.

For everyone to know everyone and the relationships between them, the optimal size of a human society is around 120 to 150 persons. Within groups, there is kinship and hierarchy and each determine the nature of the rules and their enforcement. Not every individual, be they animal or human, obeys behavioural rules consistently or without testing the boundaries. It is not only humans that will sneak off and mate with some-one else’s partner. Among primates, it is only in bonobo societies that females have superior status to males, with mating being a free-for-all, used for fun and to reduce tension. Human females are a long way from being other than property or having equal status in most, if not all, human societies. Different rules typically exist for females.

Humans, apes, cetaceans and elephants are so far known to have mirror neurons and spindle cells that permit imitation, empathy and altruism, all essential ingredients of a healthy, complex society. Other examples are sure to emerge, such as in the canine family. I recommend Meerkat Manor, a Channel 2 TV program on the social life of these animals, to see these qualities and strict rule-like behaviour in action.

Since I am discussing only mammals, the strongest social bond is between mother and infant. Male mammals are generally not bonded with their offspring nor do they care for them. Humans are among the exceptions, but even here, the bond is much looser and, often, non-existent. In some mammals, the mother/offspring bond lasts only as long as lactation. Where greater survival skills need to be learnt, the bond will last much longer.

The female relationship to young is of nurturing, teaching and defence, although the young learn rules from others within the society, particularly as they get older. Males provide sperm, some protection and in case of carnivores, the rather irregular provision of larger prey, which they don’t necessarily share with their family.

Females are restricted by their need to care for their offspring and, almost as often, their male partner. Mostly, different rules apply to them, which is true even in our own society, let alone, for example, a Moslem one.

For any society to be healthy and survive, there must be co-operation, altruism, empathy and enforcement. Altruistic societies are healthy ones and survive better than those with a high level of selfishness. An ideal society exists to benefit all the members of the society as a whole and the individuals within it. Co-operation and enforcement alone, without regard to minorities or the rights of all individuals, can result in excrescences, such as Nazism.

In many non-human societies, such as wild canines and meerkats, only the alpha male and female breed. The rest of the group generally co-operate toward the success of those few offspring. The groups are held together by affection, hierarchy and enforcement.

Evolutionary success is determined by one’s surviving offspring living to breed. In these terms, humans are very successful as their population burgeons. In the longer run, they may breed beyond the resources to sustain them, as can happen in all animal societies.

So, rules are based on co-operation, empathy, altruism and force. In human societies, we call these, morals, ethics. In our complex mega-societies, these have resulted in laws that may have little relationship to the other two as the protection of property seems to be a primary purpose and in early human societies and animal ones, it did not exist. Also, the law is mostly about winning, not justice or ‘right’.

Religion controls the mind and emotions, mostly the emotions, but all ‘good’ and ‘evil’ is controlled by these too. A purely rational decision can be completely inappropriate and inhumane, just as emotion can lead to base behaviour, such as xenophobia, murder and hate crimes. Emotion can also lead to all that is ‘good’ in the world, but be silly and, ultimately, destructive to a society. There must be a balance.

Morality is regarded by the religious hierarchies as their domain, but, historically, societies have needed the shaman, witch doctor or priest as much as the latter has needed the support of society; so the two have progressed through history hand in hand.

While religion controlled the mind and emotion, once developed, the larger society or state made laws to regulate the smooth functioning of society. However, throughout history, religion has had a profound affect on the formation of laws in less complex societies and even our own Judeo-Christian one, e.g., The Ten Commandments.

But morals deal in absolutes and often derive from cultural practice, rather than the fundamentals relating to the society’s and individual’s wellbeing. Absolutes, in real life, don’t exist. Situational morals are called ethics and depend on exercising one’s intelligence, conscience, empathy and the ‘Golden Rule’, which is about as close to dogma as they get. Ethics are not imposed by a priesthood, the law or another person, but are the self-directed exercise of being profoundly and honestly human with reference to the rest of humanity. They involve taking responsibility for one’s actions without reference to external sanctions from gods or the law.

Share/Like this page:
Science and Humanism Understanding how we cause climate change