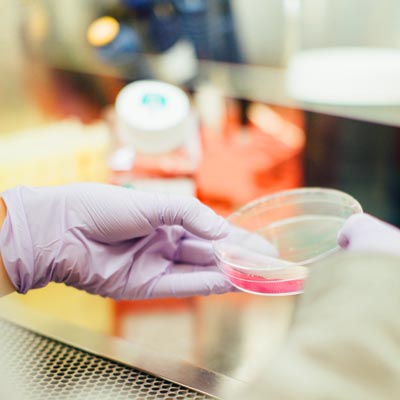 This year, the UN International Women’s Day theme is Equality for women is progress for all. On the Australian Human Rights Commission website the theme is shown as ‘inspiring change’.

Inspiring Change … encourages advocacy for women’s advancement everywhere in every way. It calls for challenging the status quo for women’s equality and vigilance inspiring positive change.

It is therefore timely to be reminded that all is not well with women’s reproductive rights in Victoria.

The UN Special Rapporteur for Health released a report in 2011 looking into the direct effect between the right to health and criminal laws relating to sexual and reproductive health. The report concludes that all UN member states should decriminalise abortion. It stated that criminal and legal restrictions violate the right to health and curb effective and proportionate outcomes.

Victoria legalised abortion in 2008. Since then the anti-abortion movement has increasingly been trying to have aspects of abortion recriminalising.

Going by the current strained situation in the Victorian Parliament, it seems that it may be poised to curtail women’s reproductive rights. This is despite over 80% of people in Victoria supporting the current laws. In the past few years religious conservative politicians have been voicing their discontent over Section 8 of the Abortion Law Reform Act 2008 (ALRA), which refers to obligations of a registered health practitioner who has conscientious objection.

The laws in Victoria are some of the worst in the world. There is gender-selection abortion, it allows partial birth abortion so I’m not in favour of that. I’m also against that doctors don’t have a conscience in this state to be able to advise the way they want to advise.

He finished off with, “I’m a Christian first and an MP is just what I do [for a living] so of course many decisions I make are based on my beliefs.”

Premier Denis Napthine, a Catholic who voted against the decrimalisation of abortion, has come out saying he respects the decision of the parliament on the abortion law, and has said, “I have no plans of changing abortion law to a new state”. However, it has been reported that Napthine will consider Shaw’s attempts to overhaul the ALRA on merit. He would allow a conscience vote on the issue.

Bernie Finn, Labor MP, was reported in the Border Mail (August 2011) as saying, “Abortion kills babies and hurts their mothers.” And, ‘We should accept that unborn children are people and they have the same rights as the rest of us.” He was also reported as having said that “abortion equalled murder”. Mr Finn is the brain behind March for the Babies, an annual pro-life march and protest group.

Federal Victorian DLP Senator, John Madigan, a Catholic, said early in 2013, “I would like to point out that there is no such thing as a safe abortion, someone always dies.” In his 2011 maiden speech he described the Victorian abortion laws as:

the worst abortion laws in the Western world. They would be the worst in the entire world but we can be proud of the fact that in this matter Victoria is not quite as bad as the current occupiers of Tiananmen Square.

In 2013, he introduced a private members bill that would prohibit the Medicare rebate being paid on abortions based on the gender of the foetus.

Such statements as these make it absolutely clear that much of the criticism of abortion by religious politicians stems from misinformation and is biased by their religious world-views. Perhaps, for their benefit, an 11th commandment should be added, ‘Thou shalt not play god with women’s lives.’

Whilst the Australian Medical Association supports Section 8 of the Act, their Victorian branch supports the move to remove it. As reported in The Age (November 2013), a spokesperson has said, “We disagreed with the conscientious objection clause for a number of reasons, including people’s rights not to be involved in activities which offend their conscience, but also because of the impracticality of the clauses which have been included.”

The advancement of a conservative and religious agenda across the political spectrum is plain for all to see, from the groups like the annual March for the Babies supported by groups like Right to Life, ACL and politicians, to a now retired Christian Labor MP, Christine Campbell, tabling a petition in Parliament last year calling for changes to do away with Section 8.

The right for women to decide for themselves is based on the human right to make personal decisions about one’s life. Government and society have to ensure that these decisions are supported if we want equality in our society.

If we are to achieve and maintain IWD’s theme we need to protect women and women’s rights: only then we will achieve an equitable society – and progress for all.