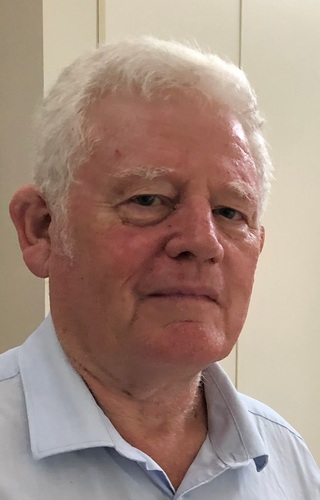 Description: While holocaust means a huge number of deaths, genocide is defined by the UN Genocide Convention as “acts committed with intent to destroy, in whole or in part, a national, ethnic, racial or religious group”.

Articles 55 and 56 of the Geneva Convention relative to the Protection of Civilian Persons in Time of War demand that an Occupier must supply life-sustaining food and medical services to its Conquered Subjects “to the fullest extent of the means available to it”. “Deaths from violence and imposed deprivation” are well known for the WW2 Jewish Holocaust (5-6 million) but are largely ignored for the WW2 European Holocaust of Slavs, Jews and Roma (30 million), the Australia-complicit WW2 Bengali Holocaust (6-7  million), the WW2 Chinese Holocaust (35-40 million), and ongoing atrocities such as the Australian Aboriginal Genocide (2 million),  the Palestinian Genocide (2 million) and the post-9/11 Muslim Holocaust (over 30 million).

Holocaust ignoring and genocide ignoring are far, far worse than repugnant holocaust denial and genocide denial because the latter at least permit refutation and public debate.

Gideon Polya’s new book “US-imposed Post-9/11 Muslim Holocaust & Muslim Genocide” quantitatively  records 60 such genocidal atrocities, and in particular focusses  on exposing and detailing  the Mainstream-ignored, huge  mortality in the Australia-complicit, post-9/11 US War on  Muslims. These atrocities will be dwarfed by the worsening Climate Genocide.

Peace is the only way but silence kills and silence is complicity.

Bio:  Dr Gideon Polya is a Melbourne-based scientist, writer, artist and humanitarian activist. His almae mater include the University of Tasmania, Flinders University and La Trobe University. He published over 100 scientific papers and taught science students at La Trobe University over 4 decades. He has published “Biochemical Targets of Plant Bioactive Compounds” (2003), “Jane Austen and the Black Hole of British History” (1998, 2008), “Body Count. Global avoidable mortality since 1950” (2007), and “US-imposed Post-9/11 Muslim Holocaust & Muslim Genocide” (2020), as well as chapters in about 20 other books, most recently in “The New Enlightenment. On Steven Pinker & Beyond” by Brian Ellis.

Please Note:
1) Registrations will close at 2:00 pm on 24 September
2) You will receive Zoom login details by email prior to the event.  Emails with those details are sent to registrants at scheduled intervals prior to each event, with the final reminder on the day of the event itself.

Due to the Covid-19 pandemic, all events and lectures will be held online until it is safe for us to resume in-person gatherings.